The Maros watershed area in Tompobulu District is experiencing environmental degradation, especially forest destruction, a high rate of erosion, and deforestation that is mostly done by the surrounding communities. Other damage is also caused by the conversion of forests into estate crops. Forestry Service Data Kab. Maros in 2017, stated that the level of forest degradation and damage in the upper Maros watershed area is estimated at around 7,936.76 ha, where the average annual rate of forest degradation and critical land is around 372.94 ha / year, or estimated to be around 20-25 years forests will come in the upper watershed of the Maros watershed due to forest destruction. Damage to the upper watershed of the Maros watershed which has resulted in a decrease in water discharge has given misery to the surrounding communities, especially in the need for water in agricultural areas and also the need for water as a source of drinking water. This phenomenon is happening right now, which must be considered by all parties concerned with the Maros River Basin. Conversion of forest land in the upper watershed region due to pressure on economic needs and the need for clothing and boards such as taking wood to make houses, making impromptu rice fields, and wood as fuel. This activity has become a community activity that results in higher degradation of forests and critical land, which has implications for decreasing water debit in the upper Maros watershed. From these problems, it can also be said that the tendency of Maros Bagan Hulu watershed damage is possible because there are community attitudes in maintaining the watershed environment that tends to be less responsive to the watershed damage problem, which in turn will behave negatively towards the use of watershed without paying attention to aspects of the sustainability of watershed management. . The tendency of negative community attitudes towards environmental management in the watershed region can also be caused by the lack of understanding and knowledge of the community about ecosystem knowledge, conservation knowledge and pollution knowledge that exists in the upper Maros watershed. 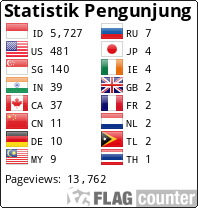 journal eboni has been Indexed/Registered in :